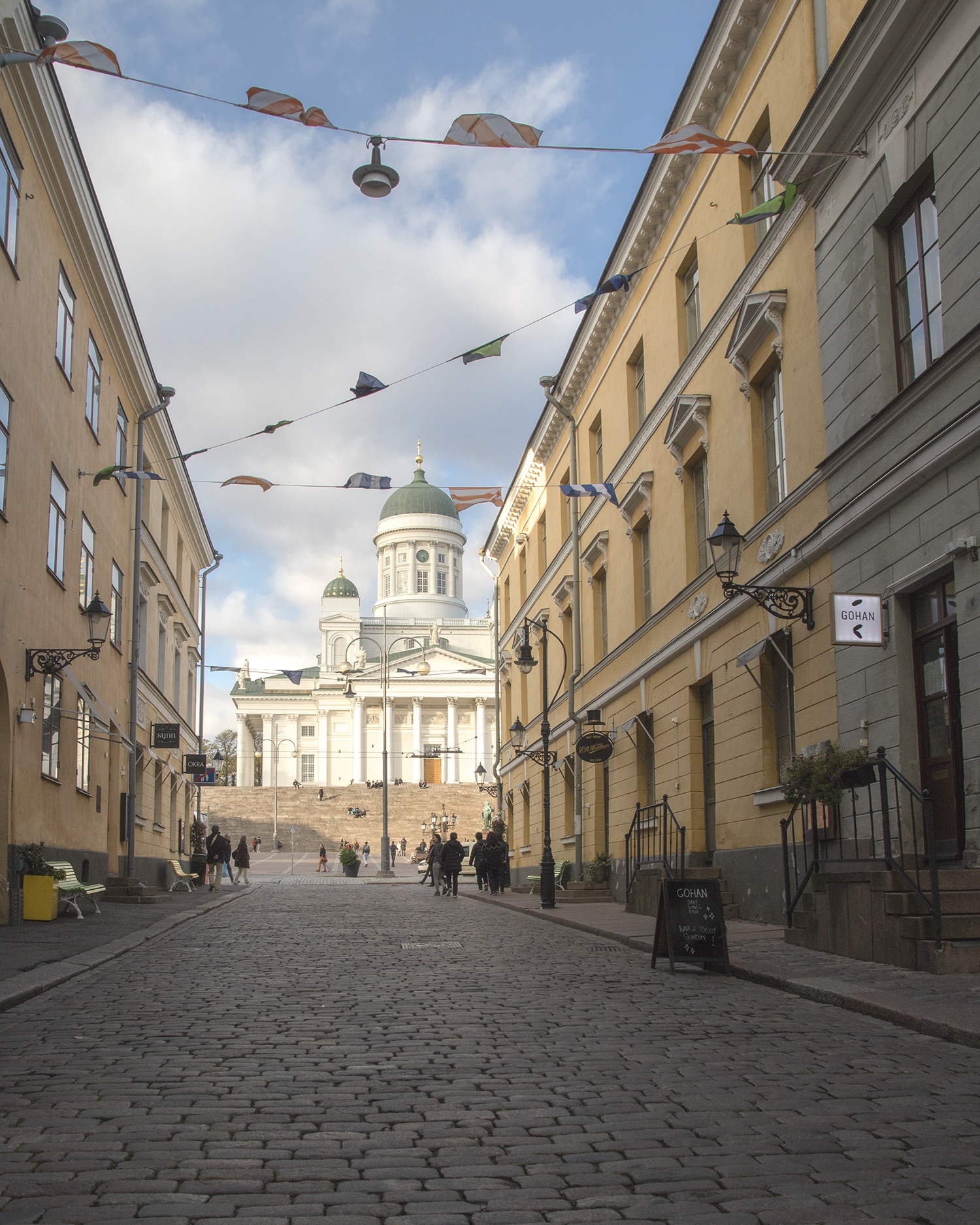 Going to Helsinki and wondering where to take photos for you Instagram? Let me show you a few spots to begin with – Google Maps-links included!

Suomenlinna is probably the most famous tourist attraction in Helsinki. It´s also one of very few UNESCO world heritage sites in Finland. The fortress was originally built when Finland was under Swedish rule, then taken over by Russia (as was the whole Finland) and further construction commenced. Site has seen several battles, for example during Crimean war when English navy bombarded Russian troops holed up in the fortress.

Today Suomenlinna is open to all visitors. Ferries shuttle visitors back-and-forth from the Market Square in Helsinki downtown. Suomenlinna offers many beautiful, old buildings and constructions, old guns, memorials, a church that doubles as a light house, museums, cafe´s and more. Here are few photos that give a glimpse to what it´s all about.

At the far end of the island you can marvel large passenger ferries navigating through a narrow strait called Kustaanmiekka. (Kustaa´s Sword)

Here is Suomenlinna on a map.

The Senate Square next to the iconic white chatedral and the Market Square by the waterfront next to it form the oldest part of Helsinki around them. The white church, president´s palace, Helsinki University, Helsinki City Hall, the embassy of Sweden and numerous state offices are housed in the quarters that were built when Helsinki was assigned the capital of the Grand Duchy of Finland.

Numerous beautiful photo opportunities exist in the squares and little streets that connect them. Lately Helsinki has made the area more and more lively by letting shops open in the old buildings and decorating the surroundings. The market square itself is of course a lively, functioning farmers´ market every day!

Here is the Market Square on the map. (And senate square is right on top of it.)

The Helsinki Zoo, called locally Korkeasaari (“High island”), offers some great photo opportunities with it´s animal residents. Today the most famous of them just might be the Muscular monkey of Finland. Go and spot him!

This is Korkeasaari on the map.

The Kaivopuisto park is located on the southern waterfront of the Helsinki mainland, not too far away from downtown. There you can admire the view towards Suomenlinna Sea Fortress from the hill with a planetary observatory on top of it, check out cafés around the park and hang out by the sea.

This is Kaivopuisto on the map.

Allas Sea Pool is quite a spectacular place! It´s a swimming pool facility right by the Market Square. What makes it special is that the pools are lowered to basically sea level. Actually one of them is just sea water… and you can swim in it all year round! The other one though is heated to a comfortable temperature even in the coldest winter days.

After a swim you can sip a drink and shoot photos of the pools and the city behind it, often in nice evening light.

One of the newly introduced pearls to the architecture in Helsinki is the Amos Rex museum courtyard. What used to be the main bus station is now part of the art museum itself. Exhibition halls lie under the windowed cones, where people can see down to the museum interior and museum visitors see some sunlight, clouds and occasional face looking down on them.

This is Allas Sea Pool on the map.

Another one of the new wonders of Helsinki is the new public library called Oodi. (The Ode) It is basically a living room for everyone. There you can read, sit in a café, work on your laptop, play games on special gaming computers, use various tools like sewing machines or even have a meeting in one of many meeting rooms available for public. Oodi is really praised in international media and with a good reason! It´s nice to be in and looks quite amazing…in photos, too.

It is basically a living room for everyone. There you can read, sit in a café, work on your laptop, play games on special gaming computers, use various tools like sewing machines or even have a meeting in one of many meeting rooms available for public. Oodi is really praised in international media and with a good reason! It´s nice to be in and looks quite amazing…in photos, too.

This is Oodi on the map.

Of course these are only some of the places offering nice photo opportunities in Helsinki. Feel free to check out my Instagram profile for some more Helsinki photo inspiration. 🙂